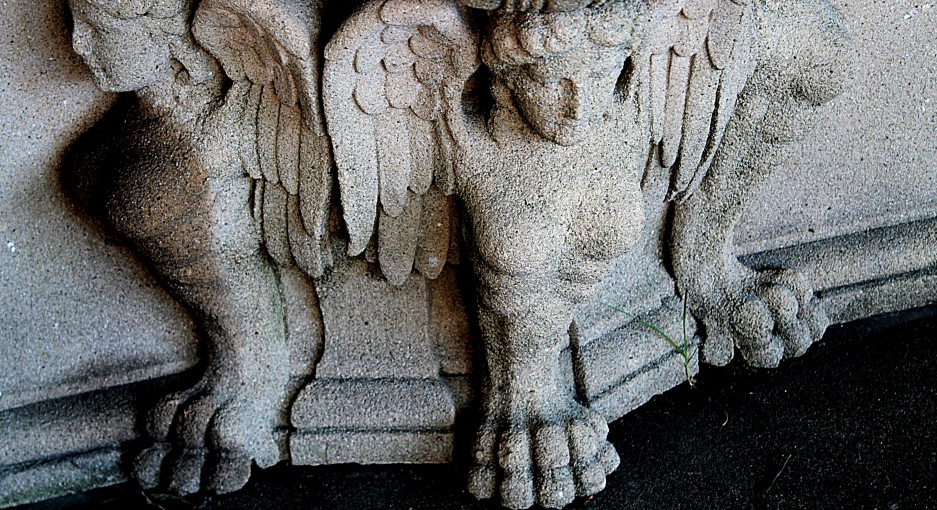 Barras slowly opened the control room door. He’d seen the light in the lab, but no one was supposed to be here this late. He cringed when he saw Pelcher at the controls. Yes, he was a superior, but he was also an ass and Barras had had a long enough day as it was. “What the Hell are you doing Pelcher!?” he heard himself shout, far angrier than he had realized.

“Oh it’s you,” Pelcher said with a sneer. “I’m doing whatever the Hell I want.”

“Lab’s closed, Pelcher,” Barras continued walking to the control panel. When he realized Pelcher had the force field prototype fully engaged he added, “You can’t be running this! We don’t have another test scheduled for days.”

Pelcher turned from the controls confronting Barras with a hard index finger straight to the chest. “I can do whatever the hell I want in my Goddamned lab! I’m the one who got the defense contracts. I’m the one who obtained the urban test facility, and I’m the one who authorizes your pittance of a salary!”

Barras’ fist clenched but his reply changed abruptly when he finally noticed the dog in the test area. He pushed past Pelcher to get a closer look through the special, thick glass.

The dog was actually a puppy. It looked like a pitbull and it was running in circles around the forcefield, lunging at it continuously despite being thrown away each time. Barras looked incredulously at Pelcher, who started laughing.

“That’s the kid’s puppy isn’t it? Where is she, Pelcher?”

“In the forcefield of course. She tried getting money from me again and that flea ridden mongrel snapped at me after I slapped her.”

“You slapped her!? Jesus Pelcher, she’s just a girl! Not even a teen yet! Jesus…”

“She wants to be on the streets, she needs to know who her betters are,” Pelcher said dismissively. “So I’m teaching her. She grabbed hermuttbefore I could kick it and said, ‘Nothing could come between them.’

“Nothing, eh? So I bet her $20 against her mutt that I could keep them apart for 10 minutes.” Pelcher looked at his watch, “Another minute and half and I can get rid of it for good. Maybe even both?”

Barras looked at the controls in disgust as Pelcher laughed again before launching into a NASAesque countdown. Barras’ disgust suddenly turned to fear as he saw the readout, “Jesus Pelcher, you overrode the safety protocols!”

“That’s- That’s impossible! We hit the force field with a battleship round at point blank range and it only spiked to 91%. Hell, in theory not even a railgun could push it past 110%.”

“And lose to street turd? Hell no.”

Barras tried pushing him away to shut it down himself when he saw the puppy jump ever more frantically; each hit raising the load that much more. Out of instinct he ducked just as he saw the puppy take running lunge, even as Pelcher derisively resumed his countdown in the 30’s.

Barras woke against the far wall, well away from the control panel where’d been before the blinding flash and shuddering BANG! He could see Pelcher knocked out too, his legs at an odd angle, but the kid was in the center of the lab unscathed. The puppy was in her lap, happily licking her face. The engineer in him realized that being in the epicenter of the blast had completely protected them both.

Barras awoke again, unsure how long he’d been unconscious this time. He hadn’t smelled the burning circuits, plastic, and wires before. He remembered Pelcher’s arrogant stupidity more clearly though, and was even more grateful to be alive. He turned his head back to Pelcher and saw the kid and the puppy standing over him. Pelcher, pinned by a chunk of concrete and twisted I-beam,was haphazardly trying to shoo them away. The kid easily ignored Pelcher’s weak efforts and began kicking him repeatedly. As the ringing in Barras’ ears slowly ebbed he began to make out her shouts, “WHERE’S MY TWENTY BUCKS ASSHOLE!?”

Barras soon passed out again, but not before he had the satisfaction of seeing the puppy lift his leg…

Wargaming made simple and fun!

Hey Did You Know I Write Books

A semi-evolved look at deep-sky astronomy

My posts are sarcastic memoirs about my life

Thoughts about life, the universe and everything.

Pay no attention to the man behind the curtain